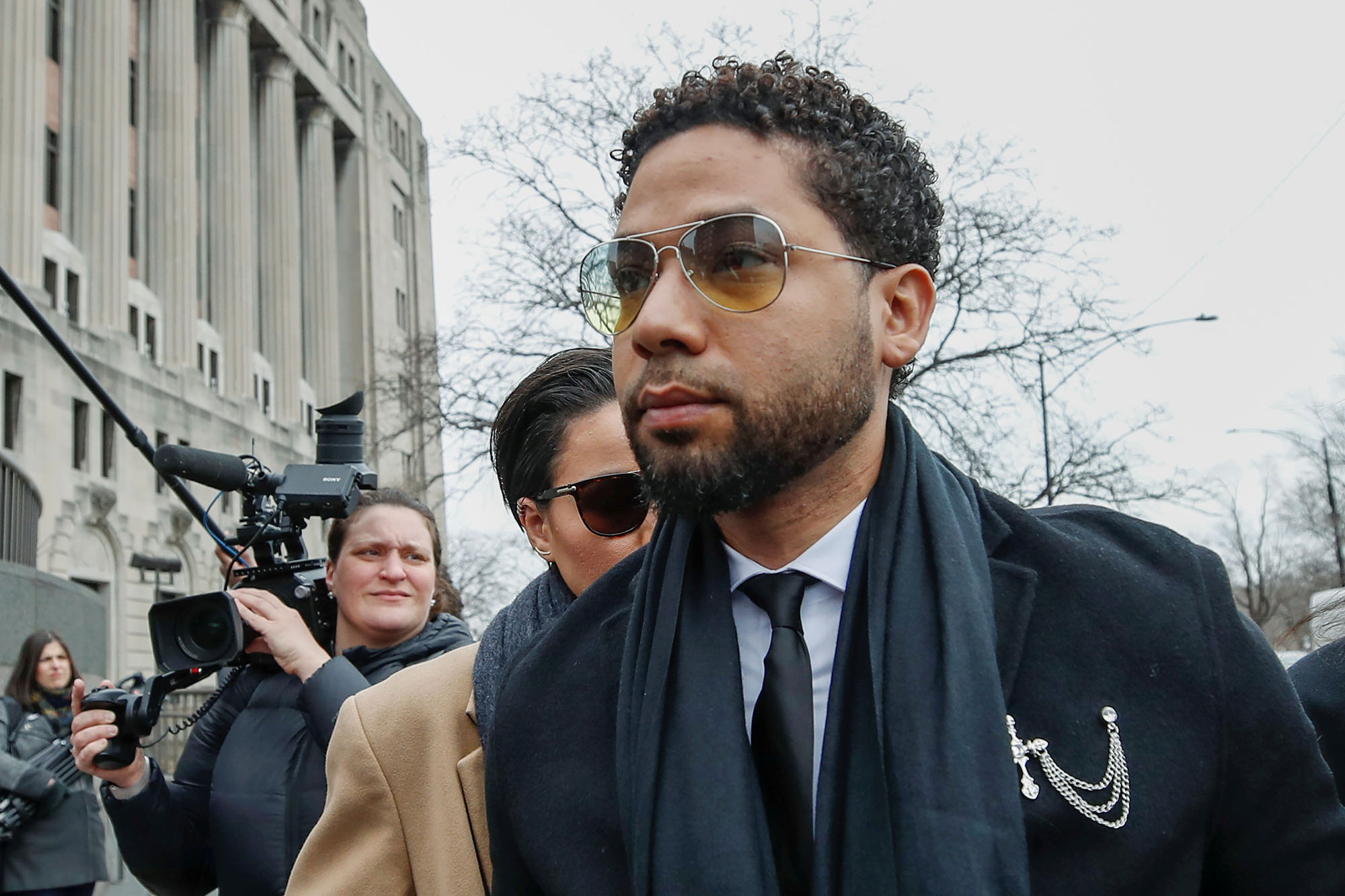 CHICAGO — Jurors in the Jussie Smollett trial began deliberating Wednesday over whether he staged a race-hate attack on himself and then lied to cops about being the victim.

The former “Empire” actor, 39, has repeatedly denied that he orchestrated the alleged crime, in which he claims two men yelled anti-gay, racist remarks and struck him in downtown Chicago in January 2019.

His fate rests in the hands of a 12-person jury who heard about a week of testimony, including from the actor himself.

Smollett said accusations that he paid two brothers, Abimbola and Olabingo Osundairo, $3,500 to carry out the fake attack were “100% false” and described how he tussled with his two unknown assailants near his apartment.

“What happened to me happened,” Smollett insisted on the stand.

The Osundairo brothers testified earlier that Smollett came up with the idea for the bogus attack and that he gave them $100 to buy supplies, including a rope to tie a noose around his neck, and directed them to yell racial and gay slurs and “MAGA.” Prosecutors have said the actor planned the ruse to get attention.

Asked about the Osundairos’ testimony, Smollet, who is openly gay and claimed he had a sexual relationship with one of the siblings, insisted Tuesday that the brothers were “liars.”

His lawyers have suggested that the brothers were motivated to attack Smollett and accuse him of staging the hoax for a number of reasons — including that they were homophobic and wanted to scare the actor into accepting pricey security services.

The defense also claimed that the brothers later saw the attack as an opportunity to make money, telling Smollett they’d be willing to “make this all go away” and not testify against him if he agreed to pay them $1 million each.

But prosecutors claimed that the brothers were just trying to help Smollett out with his scheme in the hopes that he’d lend them a hand with their own budding acting careers.

Smollett has been charged with six felony counts of disorderly conduct, and if convicted, he faces up to three years in jail.