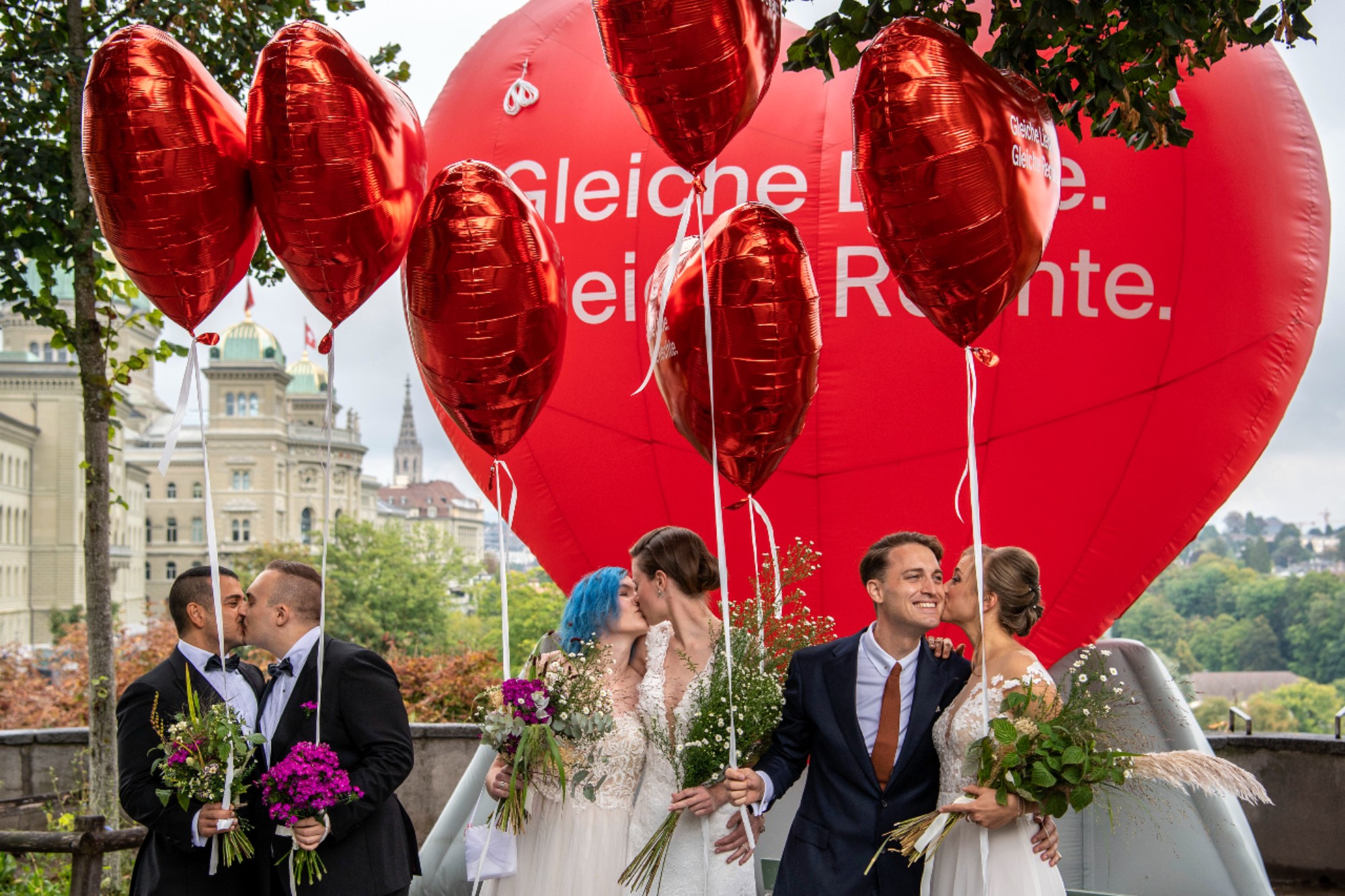 GENEVA — Switzerland’s executive body announced Wednesday that same-sex couples can get married starting on July 1 next year, making good on the resounding support Swiss voters expressed in a referendum.

The Federal Council officially said that starting Jan. 1, Switzerland would recognize the marriages of same-sex couples who wed in other countries instead of continuing to treat the unions as simple civil partnerships.

In setting a date for the “Marriage for All” law approved by voters in September to take effect, the council said that civil partnerships would no longer be possible in Switzerland as of July 1. Couples already in civil partnerships, which the country authorized in 2007, will be allowed to maintain them without having to get married.

Switzerland is one of the few remaining countries in Western Europe where gay and lesbian couples do not already have the right to wed.

The referendum approved by an overwhelming majority on Sept. 26 will put same-sex partners in the rich Alpine nation on equal legal footing with heterosexual couples, including by allowing them to adopt children together and to sponsor a spouse for citizenship.

Supporters of the referendum had acknowledged it would be months before same-sex marriages could begin, mostly for administrative and legislative procedures.