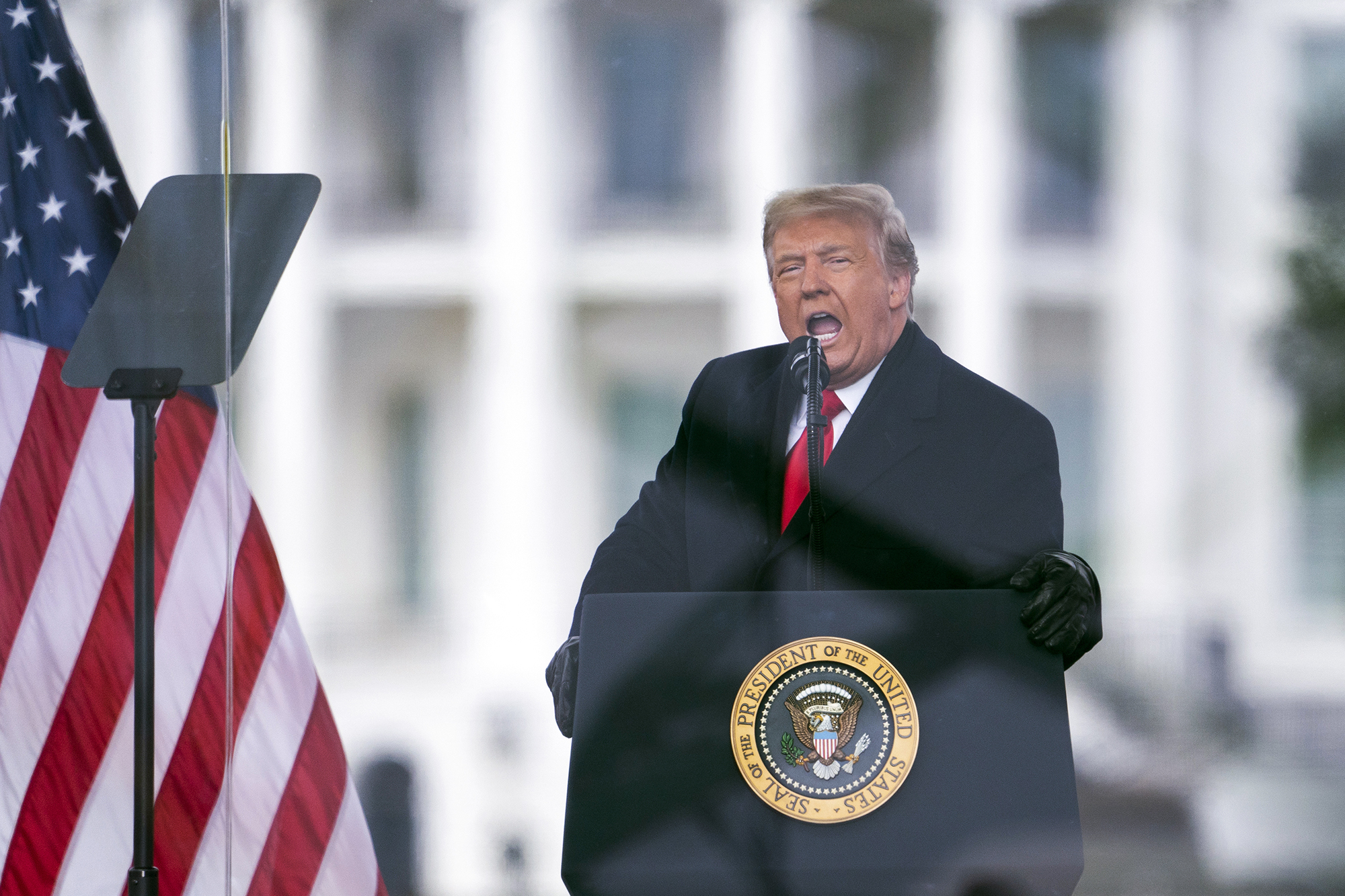 Former President Donald Trump on Monday filed a federal lawsuit to prevent the release of documents to the Democrat-led House committee that’s investigating the Capitol riot.

Trump filed the lawsuit in DC district court, arguing his presidential records should remain private — and starting what could be a protracted fight over the concept of executive privilege.

“In a political ploy to accommodate his partisan allies, President Biden has refused to assert executive privilege over numerous clearly privileged documents requested by the Committee,” the lawsuit says.

“The Committee’s request amounts to nothing less than a vexatious, illegal fishing expedition openly endorsed by Biden and designed to unconstitutionally investigate President Trump and his administration.”

The lawsuit was filed against the House committee, its chairman Rep. Bennie Thompson (D-Miss.), the National Archives, which stores presidential records, and archivist David Ferriero.

In a statement, Trump’s office said “[t]he January 6th Committee is a partisan sham to distract Americans from the Democrats’ policies that are killing and robbing Americans.”

Budowich added: “Newsflash: No one is following this argument more closely than: (1) Hunter Biden and his art dealer, (2) The Woke Generals and Intel leaders who advised the Surrender in Afghanistan and the bombing of innocent civilians and children (3) Big Tech who has been actively engaged with the Biden administration to subvert Democracy through dark money organizations.”

Trump indicated this month that he was likely to sue after President Biden said the Archives should release the documents.

There’s uncertainty about how a court case would end due to how rare it is to have such fights over the records of former presidents.

Trump previously wrote in a letter to the Archives that he opposed the release of a tranche of records because of legal protections “including but not limited to the presidential communications, deliberative process, and attorney-client privileges.”

The records sought by the committee are “potentially numbering in the millions,” he wrote.

The Biden White House said the Jan. 6 storming of the Capitol by a mob of Trump supporters who disrupted certification of the Electoral College results was a unique event that requires transparency.

White House press secretary Jen Psaki said at a recent press briefing that Biden has “been clear that he believes it to be of the utmost importance for both Congress and the American people to have a complete understanding of the events of that day to prevent them from happening again.”

In an analysis for the legal blog Lawfare, former Justice Department Office of Legal attorney Jonathan Shaub wrote this year that the rights of ex-presidents over documents are uncertain.

“Nothing in [court precedent from the case Nixon v. Administrator of General Services] or any other judicial decision compels a particular result when such a clash exists. Nor are there relevant congressional precedents.”

Fights over executive privilege can take so long to resolve that they moot the relevancy of congressional requests. For example, former Trump national security adviser John Bolton never testified at Trump’s first impeachment trial due to the lack of prompt judicial review of the matter.

‘Certainly possible that this is not the last emerging variant’

Tributes pour in for Bob Dole following his death at 98